WHO sends first medics’ cargo to Iran to fight coronavirus 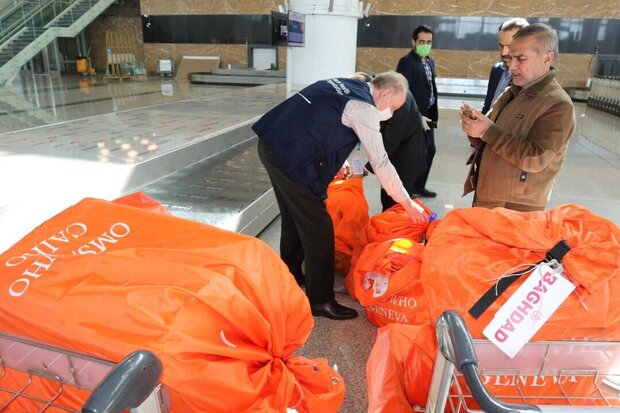 TEHRAN, Mar. 02 (MNA) – The World Health Organization (WHO) on Monday sent its first planeload of assistance to Iran to help fight coronavirus, dispatching six medics with tons of medical equipment and test kits aboard a UAE military aircraft.

"Today's flight will carry 7.5 tons of medical equipment and supplies, primarily the critical items needed for infection prevention and control to support health care workers in Iran," said Robert Blanchard from the WHO in Dubai, according to France 24.

“The six-member medical team is made up of doctors, epidemiologists and laboratory specialists who will help Iran detect and control the virus,” Blanchard said, adding “It was the first WHO team to be sent to Iran since the crisis began.”

The death toll from the coronavirus outbreak, officially known as COVID-19, in Iran has risen to 66 with 1501 confirmed cases.

According to the latest reports, the novel coronavirus has so far infected 89,075 people in 67 countries, claiming 3,053 lives.

Mainland China reported 202 new confirmed coronavirus cases on March 2, putting the country’s total infections at 80,026 and a death toll of 2,912.

Several European and Asian countries have also announced new cases in the past day, and Qatar became the latest Middle Eastern country to report its first case.