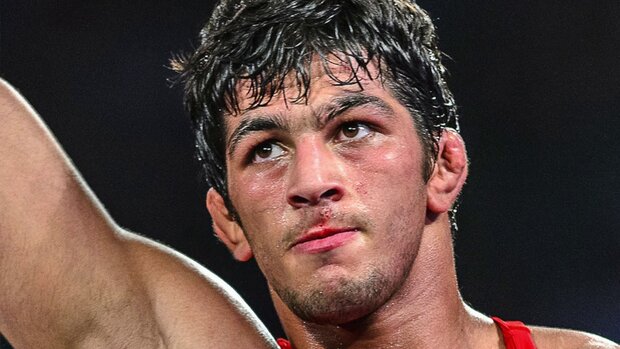 TEHRAN, Sep. 22 (MNA) – Iranian freestyle wrestler Hassan Yazdani, who was to face Deepak Punia from India in the 86kg final of the World Wrestling Championships, won the gold medal after his rival pulled out of the match.

In World Wrestling Championship, Deepak Punia from India was to clash with Yazdani in the 86Kg Category final today at Nur-Sultan in Kazakhstan.

However, Punia pulled out of the title clash due to an ankle injury sustained during the semifinal bout.