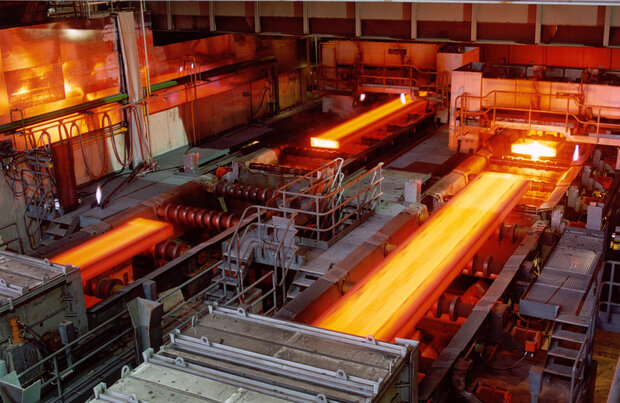 TEHRAN, Feb. 23 (MNA) – According to the statistics of Iranian Mines and Mining Industries Development and Renovation Organization (IMIDRO) more than 22.8 million tons of steel ingot was produced in the country in the first ten months of the current year (from March 21 to January 20, 2020).

Steel producers in Iran, in the said time, produced 22.873 million tons of steel ingots, while production level in same time in preceding year stood at 20.679 million tons, which shows an 11 percent increase year-on-year.

Some 39.342 million tons of concentrated iron was produced in the said time, increasing three percent annually form the previous 38.166 million tons, it added.

Also in the same period, 34.368 million tons of pellets were produced, showing an increase of two percents compared to the same time span in the year before.

According to a report released by the World Steel Association (WSA) in late January, Iran’s crude steel production increased by 30 percent in 2019 while the average global growth in this sector stood at 3.5 percent.

Based on the report, Iran produced 31.9 million tons of crude steel during 2019 compared to the last year’s nearly 24 million tons.