TEHRAN (Tasnim) - The complex of Naderi Garden Museum including Nader shah Afshar Tomb (1100-1160 A.H), known as the Napoleon of East, has been placed along with a museum, inside the so-called Naderi Garden in the center of Mashahd City.

Houshang Seyhoun has created a unique, novel and spectacular art work through putting together the historic symbols in a coherent structure. This complex is one of the finest samples of the modern architecture of Iran which is the main tourism and historic place of Mashhad after Imam Reza Holy shrine.

Nader Shah ordered a small mausoleum similar to Taj Mahal in India, however, the construction was not completed during his life. This building was later constructed of mud and adobe in 1345 A.H, near to Chahr Bagh Shahi and opposite to Imam Reza Holy Shrine. Ghavam al-Saltaneh (1296 S.H) established a new mausoleum for him and he moved Nader’s bones from Tehran to there.

The new building was temporarily placed in the current location of Nader’s mausoleum until 1335 S.H. when the Iranian National Art Association started new construction operations for providing a peripheral mansion in the same place of the mausoleum made by Ghavam al-Saltaneh. The operations started from 1336 S.H. and the new building was opened in Farvardin 12, 1342 S.H. inside Naderi Garden.

Rectangle and square forms are the basis of designing garden and mausoleum and watersheds, small pools and streams all have been designed based upon the Persian Garden pattern. The garden is restricted to the street from all sides surrounded by a wall made of granite and iron fence with the battle axe motif. 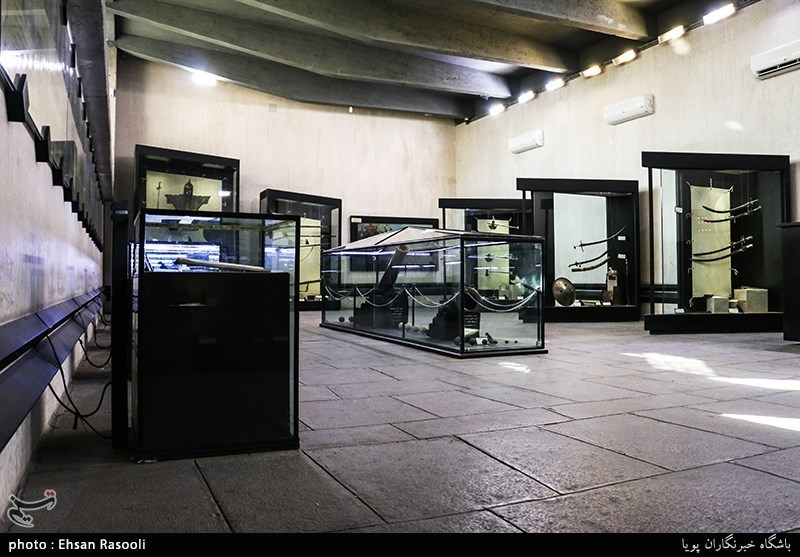 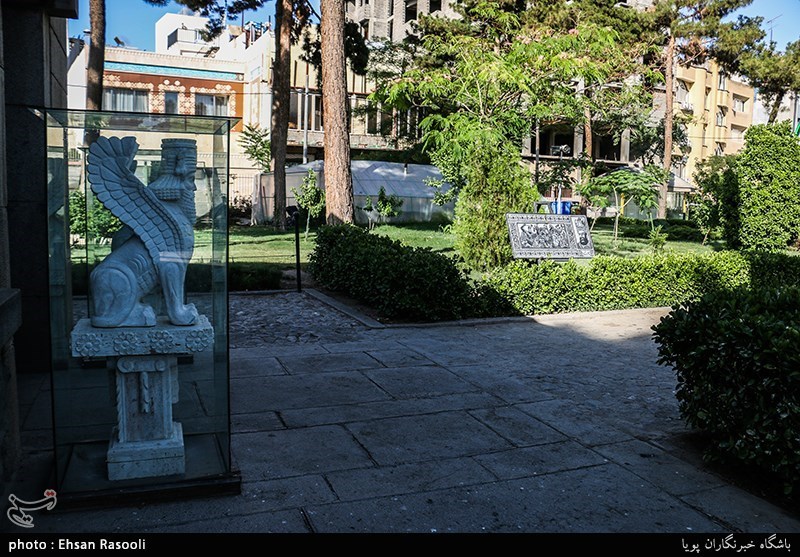 Entering to the complex you see the bronze statue of Nader in a powerful attacking leader mode, riding a wild horse and three armored foot solders behind him; the sculpture was created on a tall rocky stone above the tomb tower and is a great artwork by the Persian sculptor, Abol Hasan Sediqi. There is a war cannon below the tower which has been taken by Iranians from the Portuguese invaders in 1591 A.D.

The main building includes three interconnected eastern, southern and western porches. The material used in the construction are rough and hard rocks of granite supplied from the mountainous region of Mashhad which are among the hardest stones in Iran.

The square hall of mausoleum consists of two closed red walls and two open columniations in the corner of which there is the tomb of Nader. The covering of tomb is extremely similar to the black nomadic tent where Nader was born and killed. The hat of Afshar Gizilbash soldiers was simulated in construction of columns and Daria-i-Noor diamond, the invaluable memorial of Nader from invasion of India, used as a model for carving the tomb. 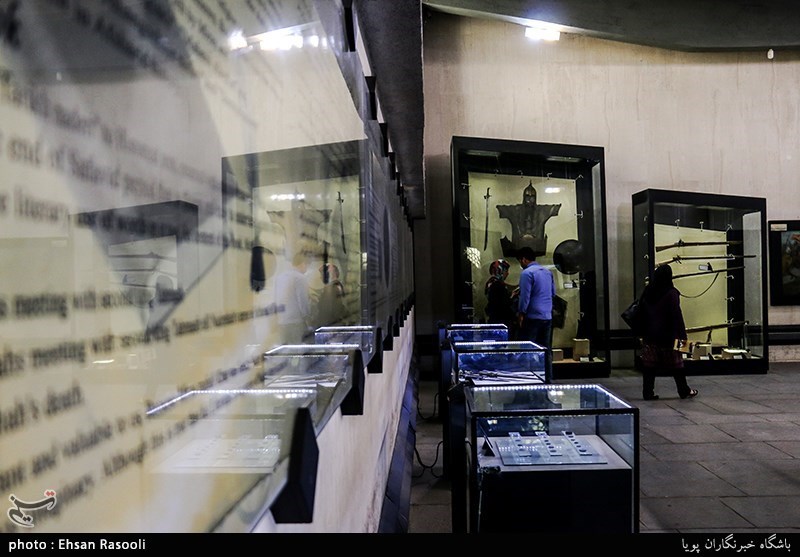 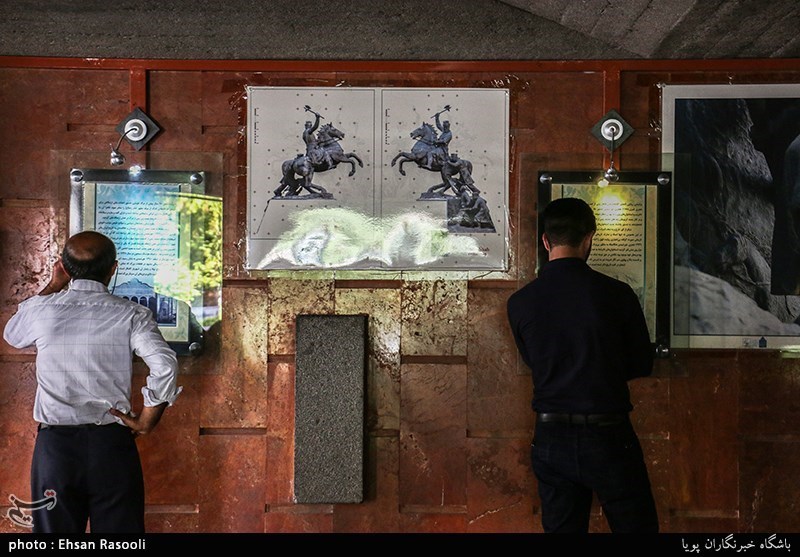 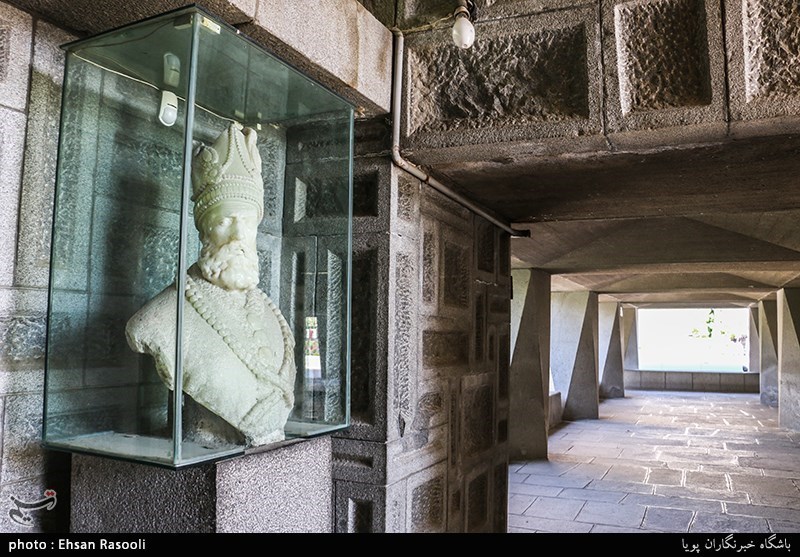 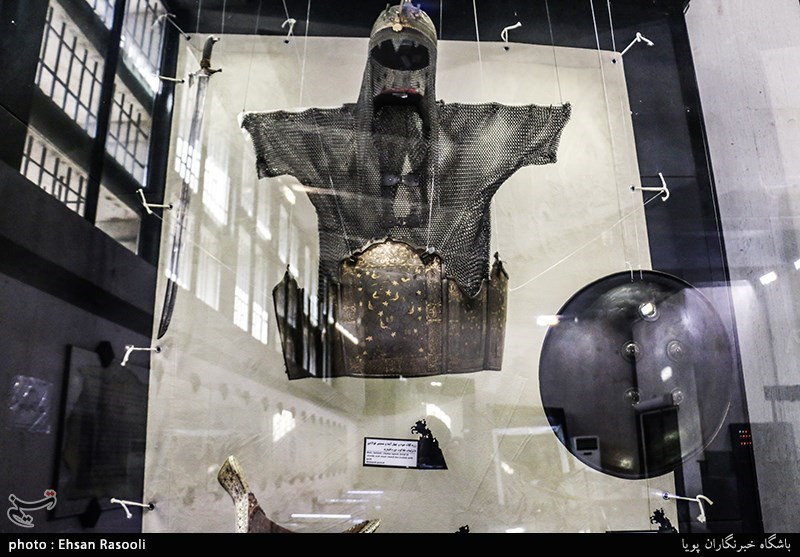